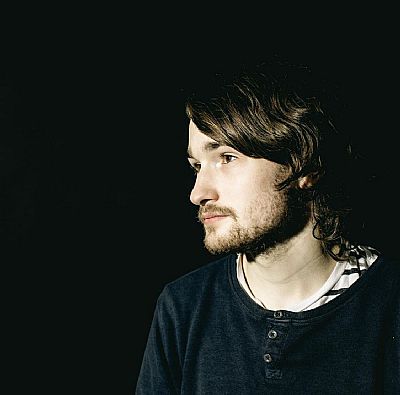 Award-winning Scottish pianist Fergus McCreadie has announced some good news to counter the list of cancelled concerts and postponed festival appearances that has become the musician’s lot during the Covid-19 lockdown.

Twenty-two-year-old McCreadie, who was due to make his American debut with his trio at Rochester Jazz Festival in New York next month, has signed to one of Europe’s leading jazz record labels, Edition Records. He joins top musicians including recent Edinburgh visitors, singer Kurt Elling, bassist Dave Holland and saxophonist Chris Potter in recording for the Cardiff-based company.

McCreadie reached an international audience with his first album, Turas, which was recorded with his long-time colleagues, bassist David Bowden and drummer Stephen Henderson, and released while he was still a student on the Royal Conservatoire of Scotland’s acclaimed jazz course.

The trio toured across northern Europe promoting the album and it went on to win the Album of the Year title at the Parliamentary Jazz Awards last year, having earlier taken the Best Album prize at the Scottish Jazz Awards 2019. It also made the shortlist of the Scottish Album of the Year Award, reaching the final ten in a field of over 290 entrants, a rare feat for a jazz album.

A full eighteen months of activity, which included appearances at Oslo and Stockholm jazz festivals and a headlining concert at jazz mecca, Ronnie Scott’s International Piano Trio Festival in London, was brought to a halt with the lockdown in mid-March.

“We’d just completed a UK tour that included really successful concerts in Sheffield and Southampton and our first gig at the fabled 606 Club in London,” says McCreadie, who financed and self-released Turas with the proceeds of the trio’s success in winning the Peter Whittingham Jazz Award for young jazz musicians in 2016. “As well as the Rochester Jazz Festival gig, we were also looking forward to playing at Love Supreme, the biggest outdoor jazz event in Europe, in July, but that’s been put back to 2021 now.”

On the plus side, however, the trio recorded one of its last concerts before the shutdown and has been earning enthusiastic responses for the resulting EP, Live at Black Mountain, which McCreadie personally produces and dispatches to order.

The official follow-up to Turas, Cairn, will be released by Edition in early 2021 and McCreadie is looking forward to being part of the label’s high-profile family.

“I’m really excited and honoured to be signing up to the Edition roster of artists, joining musicians I’ve respected and looked up to for many years,” he says. “Edition is known for having an eclectic and forward-looking catalogue and a strong presence on the European scene, and so to be part of the output of such great music is a real pleasure.”

In the meantime, with venues likely to be closed for some time yet, McCreadie is live-streaming solo concerts every Tuesday from his Facebook page to keep in touch with his audience during the lockdown.

“We managed to do a trio live-stream from Stephen’s house just before the stricter social distancing rules came into force but that seems like a long time ago now,” he says. “I miss playing with David and Stephen but I enjoy the solo concerts. They’re challenging in a way but also quite liberating. I just think of a key and see where my imagination takes me. It’s a bit strange playing to an audience you can’t see or hear but judging from the comments that come up on screen as I play, people seem to like what they’re hearing.” 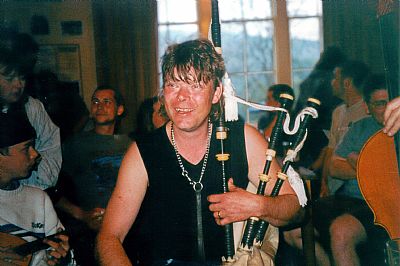 When Gordon Duncan introduced his arrangement for bagpipes of the AC/DC song Thunderstruck at the Edinburgh International Festival in 1999, he was probably expecting to make mischievous ripples rather than waves that have washed up on four continents and inspired an international award-winning play.

An essentially shy, quiet man who had earned his own international reputation as a piper while holding down a job as a refuse collector in Pitlochry, Gordon was a self-effacing virtuoso. A journalist once described Gordon’s fluency on the pipes as akin to the great jazz musician Charlie Parker’s playing on the alto saxophone, only to be gently rebuffed by Gordon’s suggestion that the journalist stop being so daft.

It wasn’t such a daft comparison because Gordon took the pipes to a level of proficiency and expression up there with Dame Evelyn Glennie’ on percussion or Nicola Benedetti’s on violin. Not everyone valued Gordon’s ability to play on the pipes apparently any piece of music – or any musical scale – he could hear in his imagination.

His first album, Just for Seamus, was dedicated to a piping competition adjudicator who had responded to Gordon’s free-wheeling brilliance by saying that if this was where piping was heading, he wished he himself had taken up the fiddle instead.

Plenty of others did appreciate Gordon’s musicality and compositional flair, though. By the time he unleashed Thunderstruck, Gordon’s tunes such as Andy Renwick’s Ferret and The Sleeping Tune were so popular with other musicians and folk bands that they had virtually passed into the tradition, possibly the ultimate compliment for a composer in the traditional music style.

In terms of audacity, Thunderstruck arguably surpassed everything Gordon had produced to date, even his magnificent Pressed for Time. On first hearing, at that Edinburgh Festival concert in 1999, Thunderstruck appeared to encompass such staples of the electric guitarist’s art as feedback and whammy bar manipulation. Although signed off with a grin and a casual mopping of the brow, the performance itself was a tacit challenge to “follow that”.

And many have taken up the challenge. Go onto the internet and you will find Australian buskers playing Thunderstruck on bagpipes whose drones spit flames. There’s a version that marries dubstep and Indian traditions with Gordon’s inspiration and others that feature Spain’s Rondalla Santa Eulalia de Mos pipe band both taking it onto the streets and choreographing it extravagantly in a theatre.

And while the Red Hot Chilli Pipers, formed by a Gordon devotee, now retired, used Thunderstruck as a blueprint for taking rock music on bagpipes onto the international touring circuit with their bagrock schtick, possibly the ultimate tribute is to have the six times world champions, Canada’s Simon Fraser University Pipe Band playing Thunderstruck.

It was, after all, the pipe band arena where Gordon developed much of his boldness for musical arrangement. As the musical director of the vale of Atholl Pipe Band, while still in his teens, Gordon began to introduce the music and techniques he heard in Ireland, Brittany and Galicia into the Scottish piping lexicon.

Fife-born actor, and piper, David Colvin was a member of the Lochgelly High School Pipe Band when he first encountered Gordon. His admiration for his hero has led to him writing and performing in a play, Thunderstruck, that has now won major awards at the Edinburgh Fringe and at festivals in Adelaide and Perth in Australia.

David’s play, which was due to feature at this year’s Perth Festival of the Arts in Scotland before the current health crisis, tells the story of his own experiences in pipe bands (and contains language that, he concedes, follows the saying that “you can take the boy out of Ballingry but you can’t take Ballingry out of the boy”).

Gordon’s presence hovers throughout the piece, though, and David, who acted and played the pipes in the National Theatre of Scotland’s production of Black Watch, is enough of a musician to play Thunderstruck towards the end.

“I’m not Gordon Duncan and wouldn’t claim to be,” he says. “The play wouldn’t be the same if I didn’t play the tune it’s named after but the reason the play came about was to try and spread the word more widely about this fantastic musician who was known around the world in piping and traditional music circles but is largely unappreciated by the general public.”

Winning a coveted Herald Angel at the Edinburgh Fringe last year for the play was a thrill for David as Gordon, who died in 2005, had been given the same recognition, as had Gordon’s father, the ballad singer Jock Duncan, and his brother, Ian, in his capacity as pipe major of the Vale of Atholl band.

“People who’ve been to see the play often say, Wow, an AC/DC tune on the pipes and it’s great that they appreciate what Gordon did with that arrangement,” says David. “What I hope they’ll go on to discover, though, is that Gordon’s audaciousness created a lot more truly fantastic music. He was an amazing composer and a real musical visionary. If Thunderstruck, the play, inspires people to investigate Gordon’s music, I’ll have done my job.” 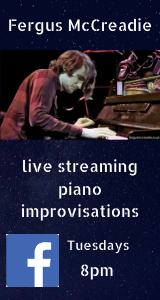