A Tribute to Buddy Rich

The old joke about the best way to get to Carnegie Hall being “practise” wouldn’t have washed with Buddy Rich. Rich, who has been acclaimed as the greatest jazz drummer of all time, appeared in the prestigious New York venue many times, not the least of these occasions being his famous drum battle with his great friend Gene Krupa in 1952. But Rich had an aversion to practising, believing that his athletic workouts onstage with his band kept his superior technique honed to perfection.

You could argue that by the time of those Jazz at the Philharmonic tours of the 1950s, during which he played with Charlie Parker, Lester Young, Art Tatum and Lionel Hampton as well as Krupa, Rich had put in enough practice anyway, since he began performing in vaudeville when he was only eighteen months old. Traps, the Drum Wonder, as he was then billed and from where these concerts take their name, was no overstatement - particularly considering that Rich was, and would remain, entirely self-taught.

By the age of four Rich was performing his solo act regularly on Broadway – no less, developing into a fine tap dancer and a good singer, for which he became the second-highest child entertainer in the world of the time. Singing became a career option again later in life, after Rich suffered a heart attack in 1959, but he never gave up the drums.

Born on September 30, 1917 to vaudeville performers Robert and Bess Rich, the young Buddy was soon displaying a natural sense of rhythm and when he heard his first jazz record, he found his real purpose in life. He joined Joe Marsala’s band at the Hickory House in New York in 1937 and within two years had moved on to Artie Shaw, who was then leading the most popular band in swing. By the mid 1940s, by which time he was powering Tommy Dorsey’s orchestra, Rich was regarded as the king of drummers, although when he launched a bebop-styled band of his own, it didn’t capture the public’s attention.

Still, there was no shortage of bandleaders, including Les Brown, Charlie Ventura and Harry James, ready to tap into his energy throughout the 1950s and the next time Rich formed his own outfit, going against the wisdom and trends of the time in 1966, he created the big band that would remain the vehicle for his speed, power and sheer skill for the remainder of his life.

All of the pieces played tonight come from the early years of this daring enterprise, which blew in like a hurricane with the Swinging New Big Band album, from which you’ll hear Ready Mix and West Side Story. Just a few months later, Rich followed this with Big Swing Face, which featured Wack Wack, Mexicali Rose, Monitor Theme, Love For Sale, a blast through Benny Goodman’s theme tune, Bugle Call Rag, and a sign of things to come – Rich’s embracing of current pop and rock tunes – in The Beatles’ Norwegian Wood. If Rich didn’t actually compose for the band, he chose his album titles pointedly, with another number you’ll hear tonight, Winning the West, drawn from his 1970 release, Keep the Customer Satisfied.

Rich was a demanding leader – his tirades against his employees became legend and have survived into the YouTube age – but he also knew talent when he heard it. Among those who played in Rich’s bands over the years were pianists Teddy Wilson and Jimmy Rowles and saxophonists Stanley Turrentine, Zoot Sims, Phil Woods and Art Pepper, and only the best arrangers, including Marty Paich, Shorty Rogers, Bill Holman and Don Rader, were good enough for Rich.

Having driven himself as hard as his band into his seventieth year and having played for royalty, presidents and orchestras including the Boston Pops and the London Philharmonic, this black belt in karate’s heart finally gave up on April 2, 1987, leaving a legacy of hard swinging dynamism that has left star drummers including Max Roach, Billy Cobham and Steve Gadd in awe. 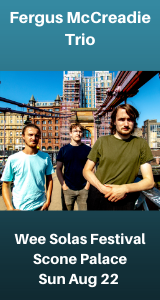 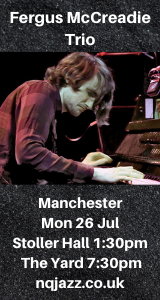