They have appeared at Edinburgh, Glasgow and Aberdeen jazz festivals, Doune The Rabbit Hole and on the Kelburn Garden Party main stage and toured with London nu-jazz ensemble Cykada and American brass outfit Youngblood Brass Band before headlining their own national tour in February/March 2020.

Dreams Fulfilled will be released on October 23. 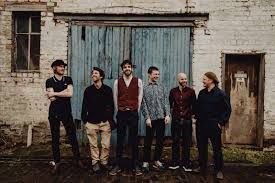