The Scottish National Jazz Orchestra has released the CD of its acclaimed concert series, Where Rivers Meet in an extensively revised form on Spartacus Records.

Originally available as a download only in October 2021, the music celebrates four of the pioneering saxophonists from the vibrant period during the 1960s, when the then “new jazz” reflected turbulent times in America through a blues-driven, gospel-fired, free-spirited approach.

“The download of Where Rivers Meet gave a true reflection of the music as it was performed live and showcased the essential spontaneity of a jazz orchestra in performance,” says SNJO founder-director, saxophonist Tommy Smith. “However, listening to the recordings from a distance, it was possible to detect imperfections that would have been caught in a studio recording. So the new version has the spirit of the original but with tweaks that straighten out these imperfections. It’s the same music but quite a different listening experience.”

Where Rivers Meet itself is a product of Covid times. A four-concert series, it was staged in the 12th century St Giles’ Cathedral in Edinburgh in May 2021 during the SNJO’s silver jubilee year and streamed to audiences watching remotely due to restrictions in attendance at live performances.

“The setting of St Giles was really inspiring,” says Smith. “. Everyone in the orchestra really put their hearts and souls into the music. It’s just unfortunate that we couldn’t have an audience with us to share the event in situ.”

The project enjoyed critical acclaim at the time of the streamed performances. London Jazz News described Wiszniewski’s contribution as “beguiling” and remarked on the arrangement of Dewey’s Tune from the Redman suite as providing “a prime example of big band bounce.” And leading jazz blog Bebop Spoken Here found Towndrow's interpretation and execution of Coleman's compositions “triumphant.” 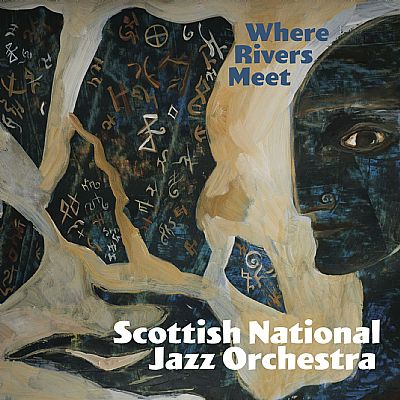