The Aberdeenshire-based daughter of Gaelic singing legend Calum Kennedy has been keeping in touch with her international audience via Facebook with weekly concerts from her kitchen over the past eighteen months.

“I have two fine musicians, also based in the north-east, who have appeared on the Facebook concerts and will be with me in Bearsden,” she says. “Nils Elders, on guitar and vocals, is a songwriter who writes film scores and produces jingles for the U.S. And Neil Birse is a hugely talented pianist who studied at Guildhall School of Music in London, majoring in jazz - but can play anything - and brilliantly!”

Fiona began doing the Facebook for fun with a few folk tuning in but her audience has grown to between 10,000 and 27,000 views weekly. She and Nils Elders also recently wrote and have recorded a song called Warrior, in support of victims of abuse, which is due for release next year.

“I'll be singing a wide range of songs from ancient Celtic classics to self-penned and contemporary numbers,” she says. “I’m looking forward to singing to a live audience again and I feel very privileged to have these young guys happy to play with me!”

Fundamental Freedoms is open to all women jazz composers regardless of age or nationality. There is no application fee; but all applicants must be fully paid-up members of the International Society of Jazz Arrangers and Composers.

The winning piece carries a prize of $2,500 plus a $500 travel allowance and will be given its world premiere at the ISJAC's symposium, which takes place from May 12 to 14 in Austin, Texas.

The piece should be no longer than eight minutes and scored for any instrumentation made up from the members of a standard big band (woodwind doubles are allowed).  Soloists or instrumentation outside of this must be provided by the composer for the performance at her own expense as the piece may be performed at the symposium with the resident jazz ensemble.

Entries will be accepted until November 4th.

Venezuelan pianist Edward Simon follows up his 25 Years anthology with a solo album recorded on his fiftieth birthday in 2019.

Released on October 15, Solo Live is Simon’s first unaccompanied recording and only his second concert album in a career that began when he moved to Manhattan aged nineteen in 1988 after studying classical music at the Philadelphia Performing Arts School in Pennsylvania.

He worked with saxophonists Bobby Watson and Greg Osby and trumpeter Terence Blanchard before leading his own bands including the ten-piece Ensemble Venezuela.

Solo Live was recorded at Oakland’s Piedmont Piano Company and features pieces by Gershwin, Strayhorn and Monk as well as original compositions. It's released on Ridgeway Records.

Internationally acclaimed saxophonist Tommy Smith continues his series of solo concerts in venerable churches when he plays in Dunfermline Abbey on Sunday 7th September at 3pm.

The Edinburgh-born musician has recently played in cathedrals in Aberdeen, Edinburgh, Lichfield and Dunblane previously played a solo concert in the historic Dunfermline church  when he performed in front of the tomb of Robert the Bruce. As a proud Scot, he found this inspiring and he is looking forward to repeating the experience.

As with his recent solo concerts, Smith plans to play tunes from the jazz, folk, Gaelic singing and praise song traditions, choosing the repertoire in the moment and letting the music breathe and develop in the naturally bright ambience.

“I see these church concerts as a celebration of melody,” he says. “They might also be seen as a chance for contemplation as people think about what we’ve been through over the past eighteen months and get to enjoy the possibility of being able to share live music events again after the enforced silence. There won’t be any amplification, just the natural sound of the saxophone in what is a truly beautiful building.” 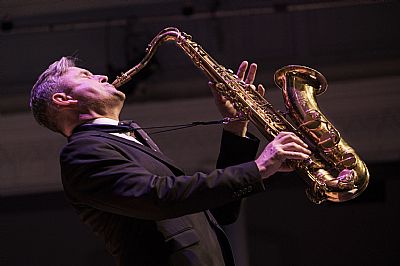 The astonishingly innovative Norwegian percussionist, Terje Isungset brings his Arctic Ice Music to the UK for the first time in November.

Marking twenty years of his pioneering project that has produced forty commissions for jazz and music festivals, nine albums, a Greenpeace film and a live stream from an igloo, Isungset plays four dates with a group featuring himself on ice instruments.

Blue Note Records releases a previously unknown recording by one of the great line-ups of legendary drummer Art Blakey’s Jazz Messengers on November 5.

The Messengers were among the first modern jazz groups to tour Japan and received a rapturous welcome from adoring fans.

"I was amazed at the reception when we finished, not just the whole concert, but each thing we played,” remembers Wayne Shorter who went on to visit Japan regularly with Miles Davis, Weather Report and his own groups. “Every time we went on, we knew we were being appreciated in ways we never had been in America."

The album, which is released in deluxe 2-LP and 2-CD editions with elaborate booklets, was co-produced by David Weiss and Zev Feldman, who commented: "My heart leapt from my chest when I heard that these previously unknown tapes of Art Blakey performances from his first Japanese tour existed."

The Japan tour turned made the band whose style was established by Blakey and pianist Horace Silver into a worldwide phenomenon following the 1958 European tour by the Benny Golson edition of the Jazz Messengers - a phenomenon that remained a big international attraction up to the time of Blakey’s death in 1990.

A new weekly jazz session in Dundee begins in the Caird restaurant and cocktail bar in the city’s Nethergate on Sunday September 12.

Running from 12:30pm to 3:30pm, the sessions open with the nationally popular, locally based Havana Swing who bring their high energy, swinging guitar music to the Caird’s Capone downstairs bar.

Future attractions include the trumpet and saxophone-led Sellars Bros band on September 19, East Coast Jazzmen on October 3 and singer Sheila Gaughan on October 10.

Guitarist Kevin Murray, who is programming the series, says the emphasis will be on music that swings in a variety of tempos and showcases musicianship and creativity.

The Caird occupies the imposing, free-standing mansion originally built as the family residence of William Brown, of J and W Brown, flax spinners, in 1840.

Scottish pianist Fergus McCreadie is among the nominees announced for the Jazz FM Awards 2021 with nominations in both the Album of the Year and UK Act of the Year categories.

The awards, organised with PPL and PRS for Music, recognise an array of artists from the UK and abroad who have made a significant impact on jazz and associated musics. This year's ceremony will take place at Under the Bridge in West London on October 28th and will be available to livestream via Jazz FM. The Awards celebrate music created and released between January 1st 2020 and the end of May 2021 to reflect the jazz community's enduring creativity and innovation during the pandemic.

BLUES ACT OF THE YEAR

BREAKTHROUGH ACT OF THE YEAR

INSTRUMENTALIST OF THE YEAR

INTERNATIONAL JAZZ ACT OF THE YEAR sponsored by Travelzoo

SOUL ACT OF THE YEAR

VOCALIST OF THE YEAR

ALBUM OF THE YEAR

Jon Batiste: WE ARE

Matthew Halsall: Salute To The Sun

UK JAZZ ACT OF THE YEAR

Three musicians whose new albums were launched at the recent Wellington Jazz Festival have combined to promote their own music in Europe while championing the current strengths of the New Zealand jazz scene. 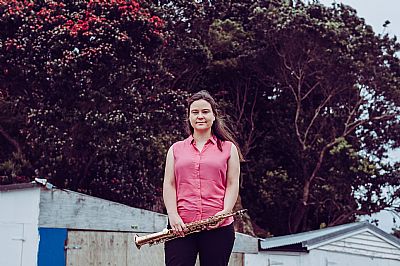 Pianist Ben Wilcock, who releases The River Tethys on August 13th, and saxophonists Jasmine Lovell-Smith and Jake Baxendale, whose Sanctuary follows on August 20th, have already received praise for their new recordings in the birthplace of the Count Basie Orchestra, Kansas City, Missouri. Radio presenter Joe Dimino, of KC’s Neon Jazz, interviewed Wilcock and Baxendale at length after being impressed by Wilcock’s sci-fi inspired album and Baxendale & Lovell-Smith’s debut as co-leaders of an eleven-piece ensemble.

“It was great to receive an endorsement of our music from somewhere with such strong historical links to jazz,” says Baxendale, whose other group, The Jac won the Best Jazz Artist title at this year’s Aotearoa [New Zealand] Music Awards. “It’s always good to win awards at home but to be recognised internationally is a particular boost and lets us see that we are creating music that can travel.”

New Zealand has produced a number of well-regarded jazz musicians in the past, among them pianists Mike Nock, Dave MacRae and Alan Broadbent. Mike Nock, who has recorded for ECM Records, lived and worked in New York for many years. Dave MacRae toured with Buddy Rich before becoming established on the European scene with Ian Carr’s Nucleus, and Alan Broadbent is now a Grammy-winning arranger and composer. Jasmine Lovell-Smith herself studied and played with saxophone master Anthony Braxton while living in the U.S. a few years ago.

“Having such examples definitely helps in giving musicians something to strive for,” says Baxendale, whose own CV includes two years in Germany where he played with the Berlin Big Band and composition studies with trumpeter Dave Douglas in New York. “It’s also significant that musicians like Ben and Jasmine have worked abroad – Ben in London; Jasmine in Mexico as well as New York and Connecticut – and brought the experience they’ve gained back to New Zealand to share with the next generation of players they’ve taught at the New Zealand School of Music.”

Wilcock, Baxendale and Lovell-Smith, whose compositions and arrangements on Sanctuary have been likened by reviewers to Vince Mendoza and Maria Schneider’s work, are keen to highlight other recent releases from New Zealand that are making waves at home and are deserving of international attention.

Saxophonist Lucien Johnson’s Wax///Wane earned him the Best Jazz Composer title at the APRA AMCOS Awards 2021. Cory Champion, who played drums on Johnson’s album, has a recording with his own group, Clear Path Ensemble, and pianist Jonathan Crayford’s Dark Light and saxophonist Nathan Haines’ The Poet’s Embrace are others to look out for.

“We’d all love to be touring our music internationally or welcoming visitors to Wellington Jazz Festival next year,” says Baxendale. “It’s uncertain if that’s going to be possible but if people can make it to New Zealand, they’ll hear a lot of good homegrown jazz.” 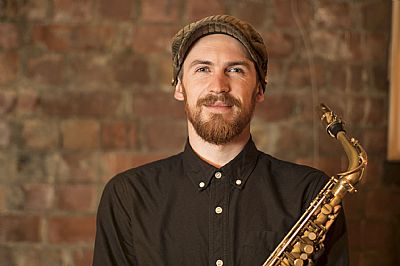 A previously unreleased album of recordings by singer Sheila Jordan is due for release by Colorado-based Capri Records on September 21.

Recorded in June, 1960 at New York’s Olmsted Sound Studios for the little-known Chatam Records, the recently discovered studio date presents the then still developing but instantly recognisable Jordan on a set of standards.

Released as Comes Love: Lost Session 1960, the collection includes the Duke Ellington classic It Don’t Mean a Thing (If It Ain’t Got That Swing), the Gershwins’ They Can’t Take That Away from Me and Rodgers & Hart’s Glad to Be Unhappy as well as the title track, which has been recorded by artists including Billie Holiday, Sam Cooke and Joni Mitchell.

Jordan, who became friends with her biggest influence, Charlie Parker, studied harmony and music theory with Lennie Tristano and Charles Mingus. She went on to record for leading jazz label Blue Note and at ninety-two remains a compelling and totally individual performer. She has no recollection of recording the session for the album and has been unable to identitfy her accompanists.

The tracks on Comes Love were discovered by record dealers Jeremy Sloan and Hadley Kenslow of Albuquerque’s SloLow Records, who purchased it among a large collection of acetates several years ago. Knowing of Capri Records owner Tom Burns’ acquaintance with Jordan, they forwarded the surprise discovery to the Capri founder.

“Whoever is playing on it is really good,” says Burns. “The group seems to have an empathic relationship with Sheila; I don't think it was just some pick-up band. But while it’s troublesome that I can't distinguish the musicians, I really thought this was a recording that should be out there because there's so much good music on it.” 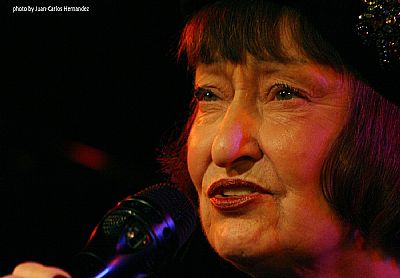